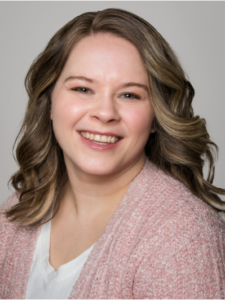 Erin Umphrey started her dance career at the tender age of three, right here in Schuylkill County. She attended Kutztown University where she was president of Kutztown’s Dance Company. Erin has performed professionally with theme parks, industrials, regional theatre, national and international tours. She taught several competition teams and choreographed high school and college musicals and theme park shows. Although being on stage is Erin’s first love she has been teaching dance for the past 19 years. She has found a passion for teaching and fulfillment in passing on her knowledge. As a teacher, she hopes to inspire her students to become not only talented, dedicated, well-trained performers but more importantly respectful and kindhearted students. 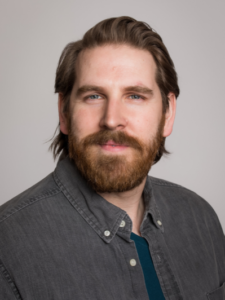 Andrew D. Umphrey has been performing since he was 5 years old, and throughout junior high and high school participated in plays, toured with Missoula’s Children’s Theater, and sang as a member of Minnesota All-State Men’s Choir. Andrew studied acting and voice in college and received a Bachelor’s Degree in Theatre and a BA in Communication with a performance emphasis. Following his undergraduate study, he earned his MFA in Acting. Andrew has been teaching acting at all levels for 14 years, as well as private acting and voice. On his resume, you will find an extensive list of roles, awards, and acting credits including musicals, plays, Shakespeare, regional theater, new works, film, industrials, music video, national and international tours, voiceover, and a television pilot. As a theater and voice instructor, he hopes to inspire a true passion for performance art in those he has the pleasure of teaching, and bringing forth the full potential that one has the capacity of achieving.

In 2004 she joined the faculty at the Harrisburg Dance Conservatory as a ballet instructor and as a guest artist for The Harrisburg Dance Ensemble. In 2006 she was appointed HDC’s Associate Artistic Director and Resident Choreographer.

As a previous member of the Professional Skaters of America in the discipline of choreography and style, Ms. Grant was the dance coach (2006-09) for the national champion (2006) synchronized skating team “Team Reflections”.

In 2008 Ms. Grant co-founded the Harrisburg Ballet Theater and was its Artistic Director until 2015. After retiring from performing on stage as a freelance principal guest artist with many ballet companies throughout the region in 2010, Ms. Grant continues to direct, guest teach and choreograph for multiple ballet companies, conservatories, and cultural events. 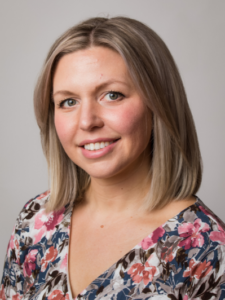 Miss Dalynn was introduced to dance at the age of 3 at Marie Shaw School of Dance in Reading, PA. She continued dancing there until age 18. At 14 she began student teaching and continued teaching and substituting for several years. She studied tap, jazz, musical theater, ballet, pointe, lyrical, acro, and partnering. As a student, she participated in: NYCDA competitions and conventions, community performances, annual musical reviews, masterclasses with Gil Stroman and Mia Micheals.

As an adult dance continued to be a theme of her life in many different ways. She danced with the Steam Team dance team for the semi-professional Reading Express Football Team. She had the wonderful opportunity to share dance with children from the Reading School District, offering free dance classes through an after-school program. Movement is vital for health and wellness and she used her dance experience as a fitness instructor including spin and Zumba for many years. She was also a cheerleading coach for Schuylkill Haven Area School District Midget Football Team.

Dalynn is the Director of the AIM Performance Company and has helped to grow the program to include mentoring, expanded team offerings, and more performance opportunities. Her award-winning choreography has been recognized at regional and national competitions in several divisions.

Dalynn offers another facet to the AIM community as a practicing Pediatric Dietitian. She has a Master’s Degree in Nutritional Sciences from Pennsylvania State University. As a member of the AIM faculty, she focuses on goal building and accountability, positive self-image, and nutrition for dancers.

Dance has always been a part of her life bringing wonderful experiences and friendships into her life. She is happy to have built a dance family here at AIM. 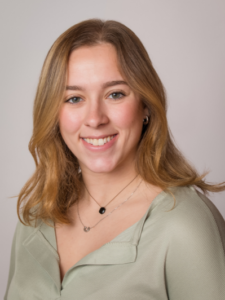 Brianna has been dancing since the age of 2.  She has trained in jazz, tap, ballet, hip hop, lyrical and contemporary. You may have seen her in the stand-out roles of Sugar Plum Fairy and Soldier Doll in AIM’s 2021 Nutcracker. Brianna’s acclaimed choreography has been award-winning at regional and national dance competitions.  She is currently the assistant director of the AIM Performance Company, an instructor in our Pre-Professional Day Program, and a full-time dance instructor at AIM.  Brainna’s has a love for teaching. “Raising-up” the next generation of dancers and performers has become a passion for her. Brianna’s choreography can also be found in local musical productions. AIM is thrilled to have her on our faculty. @briannaaryan

Miss. Abby originally started her exploration of gymnastics at the age of seven at Mary Beth’s Gymnastics and Cheerleading in her hometown of Minersville, where the seed for her love of challenge, learning, and creative movement was planted. She started teaching there around 2009.

She graduated from Immaculata University in 2017 with a bachelor’s degree in Family and Consumer Sciences education as well as minors in Product Development and Studio Art. At her time in college she was very involved in her campus and won several awards there. This life experience is also where her love for sewing and costumes started, when she was assigned a job as the Costume Director and Coordinator for all four years of college, with over eight performances of experience.

She started at AIM in 2014 when the studio was first opening and continues to teach around five Acro classes per week of all ages from 4-18.  Transitioning from gymnastics to the world of Acrobatics was an exciting venture and she was up for the challenge especially having the honor to teach with Erin Umphery. Over time she developed her own style of teaching that encourages students to be the best performer and person they can be while holding the philosophy that life is all about creativity, compassion, and change.

When Miss. Abby is not walking on her hands and flipping around at AIM or teaching at Minersville Jr./Sr. as both the Home Ec. and Art teacher you can find her: being goofy, selling band tee shirts, enjoying the outdoors, concerts, cooking vegan food, shopping at the Salvation Army, using her creative brain, or spending time making memories with her family and friends.

Miss. Abby feels so blessed that teaching is one of the many passions life has given her, ironically it has taught her so much about her life outlook and continues to teach her daily about herself. Teaching to her is a form of freedom, an outlet for expression, that will be forever evolving into a masterpiece. 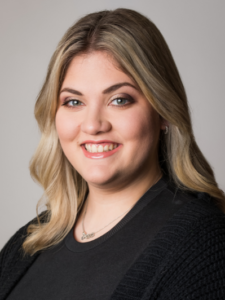 Celena joined the AIM faculty in 2021. Her love of teaching our youngest dancers is apparent in each one of her classes! Celena has been dancing since age 3 and has performed in Nutcrackers and other productions throughout her life. She is currently a director at the Majestic Theater in Pottsville, PA.  We are fortunate to have Celena, and her passion for dance and teaching, as part of our staff. 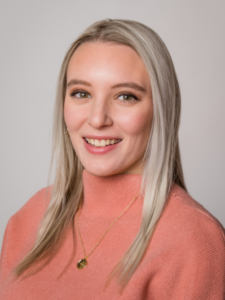 Hannah has been dancing since she could walk! Her love of hip hop and contemporary dance styles is a wonderful asset to our team!

She has worked with acclaimed instructors and choreographers Twitch, and Travis Wall. She attended Towson University in Maryland and was a 3-year member of the 18x division 1 national champion dance team. Transferring after her third season to pursue her dream of becoming a Registered Nurse. Her choreography has included award-winning numbers most notably a special judge’s awards for choreography.

When she’s not at AIM she is a full-time OR Nurse. In her free time, she enjoys spending time with her family, husband, and 2 puppies, doing yoga, and traveling. 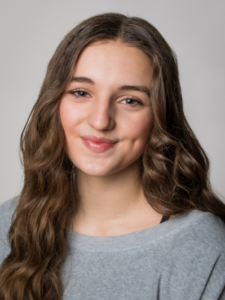 Eliza joined the AIM faculty in 2020. As an advanced student at AIM and a member of our elite Performance Company team, Illuminate, Eliza has risen to the challenge of teaching and has proven to be a valuable and beloved member of our teaching staff.  Eliza has performed professionally with the American Musical Theater in Lancaster, PA, and was accepted into the Joffrey Ballet Schools’ prestigious pre-professional intensive program.
We look forward to being a part of Eliza’s future performing arts endeavors. 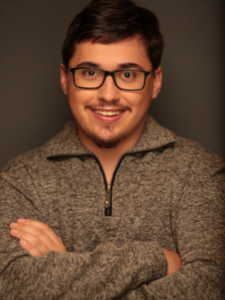 Maxwell Babcock (he/him) is a senior Musical Theatre major at DeSales Univerisity.  He also attended Farleigh Dickinson University in Madison, NJ.  He will receive his B.A. in Musical Theatre in May 2022.  Former roles include Nicky in Avenue Q (Farleigh Dickinson University), Davey in Newsies (Artists in Motion), Sir Galahad in Spamalot (Sovereign Majestic Theater), and Ensemble/Townsperson in Our Town (DeSales University).  This spring, Maxwell’s had his directing debut with DeSales University’s Act 3 production of Alice in Wonderland. AIM is thrilled to be bringing Max onto our faculty as an acting instructor. 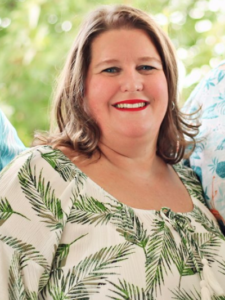 Brandi keeps our busy studio organized and running smoothly! Her vast responsibilities include studio orders, responding to emails and social media inquiries, scheduling our students, and helping to keep the vision and mission of AIM at the forefront of all the studio does.  She has been the music director of the AIM summer musicals since our first show in 2018, we are fortunate to make use of her many talents! During the day she is a music teacher at North Schuylkill School District, a position she’s held for 21 years.  She was recently promoted to Director for the North Schuylkill Musicals and is currently in production with The Wizard of Oz.   She is a lifelong Schuylkill County resident where she resides with her husband, Jason, and two children Jacob and Eliza. 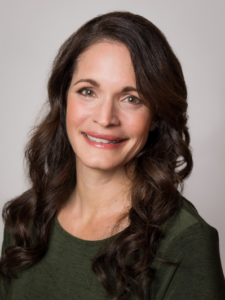 Kristin joined our staff in 2021 filling the need for a liaison between Erin and Andrew’s vision for studio growth and expanded opportunities for AIM students, and the implementation of these goals.  As an avid personal fitness enthusiast, she is a certified stretching instructor and holds a blue belt in Brazilian Jiujitsu. You may occasionally see her in the studio classrooms working with our students. When she’s not behind her computer working for AIM she is a Private practice RN, IBCLC, Lactation Consultant, and mother to two children. 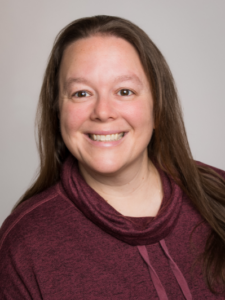 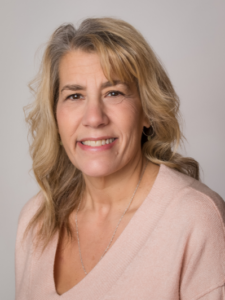 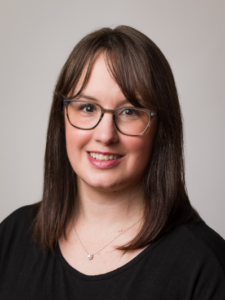 Lauren Tidmore spent her entire young life training in dancing, singing, and acting around Schuylkill County. She then decided to turn her passion into a profession. Lauren recently graduated from Baldwin Wallace University in Cleveland, OH with her Bachelor’s of Fine Arts in Acting and Minor in Dance. While at Baldwin Wallace, Lauren was involved in many productions including the Academic Premiere of Kinky Boots playing “Trish” while Dance Captaining and Assistant Choreographing. She also played “Beatrice” in A View From the Bridge, “Uranie” in Critique of the School for Wives, and was working on the new musical Freedom Summer, to make its Regional Premiere at Playhouse Square in downtown Cleveland before the pandemic shutdown. Lauren trained in ballet, modern, tap, jazz, hip hop, and musical theater throughout her time in school. Senior year she helped choreograph and performed in the main stage modern dance concert Fyoo zh en.
Regionally, Lauren has Assistant Choreographed Man of La Mancha at Porthouse Theater and worked on SHREK the Musical playing “Fairy Godmother, Mama Ogre, Featured Ensemble” as well as Dance Captaining and Assistant Choreographing.
In 2018 Lauren was the Assistant Choreographer for the Regional World Premiere of Jane Eyre with Cleveland Musical Theater. She was a part of the production receiving the Cleveland Critics Circle Award for Best Choreography.
Lauren is thrilled to be a part of the Artists in Motion faculty and begin her teaching career while continuing her choreographic endeavors. She has plans of moving to New York City post-shutdown to resume her theatrical dreams.